To whom it may concern:

Several years ago a dog owner in our county was taken to court on charges of animal abuse. He had attached the shepherd that he no longer wanted to the back of his pick-up truck and proceeded to drive away. The dog survived, with injuries. The collar that had grown into his neck caused the skin to be pulled off, and the pads of his feet were torn off as he was dragged behind the vehicle. After the court trial, the dog was given to another owner but, unfortunately, this person did not provide adequately for the dog’s needs and he became very difficult to control. The Humane Society of Davidson County was finally able to take possession of him, and immediately called on Allen and Barbara Simpson for help in changing the dog’s unacceptable behaviors. If anyone could give this dog a second chance at life, they could. The dog received weeks of on-site training from them, and the change was remarkable. Today, he lives his life happily with a human and dog family, where he enjoys his very own sofa.

In 2006, the Humane Society was asked by the North Piedmont Correctional Center for Women to participate in the “New Leash on Life” program in which selected inmates are paired with dogs in need of a permanent home. The inmates learn how to train the dogs over a period of eight weeks, thereby learning a skill they can take with them when they leave the facility, and the dogs learn the behaviors they need to be a successful part of a human family. One of the Humane Society’s major responsibilities is to provide the trainer for the program, and again, our first hope was the Simpsons. They agreed to take on this challenging but rewarding task and have successfully provided the training at the prison since the program began in our county. We are indebted to Barbara and Allen for both their expertise in dog training and their compassion for people and animals. 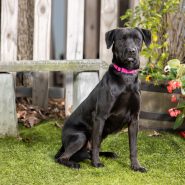 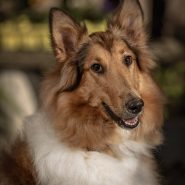 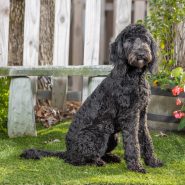 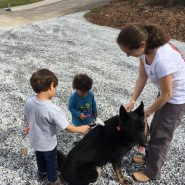